Enter for your chance to win a prize pack with seven awesome board games!

3. To enter and to be eligible to win, entrant must be a legal resident of Canada (excluding Quebec) and be of the age of majority in the province or territory in which they reside. Employees of Bell Media Inc., its agents, parent, affiliated or related companies, subsidiaries, divisions, prize sponsors, promotional and advertising agencies or of any other entity involved in the development, production, administration, or fulfillment of the Contest, as well as the parents, siblings and children of any such employees and any person domiciled with such employees, are ineligible to enter. Winners of a previous Bell Media Inc. contest within the thirty (30) days preceding the winner selection date for this Contest (including persons designated by such winners to participate in the prize) and persons domiciled with any such winner are not eligible to enter or to be selected for a prize and may be disqualified.

4. TO ENTER the Contest, follow the Contest Sponsor’s official Twitter account (@YourMorning) from your Twitter account, and tweet or re-tweet the following “Would you like to plan the ultimate game night?  We have teamed up with Asmodee Canada to give away a prize pack with seven of their popular games.  To enter for a chance to win, retweet this tweet.  Don’t forget to follow us too!”  (each an “Entry”). Your Entry must include @YourMorning / be a targeted reply to @YourMorning using Twitter’s “@Reply” function (each a “Mention”) so that your Entry appears in the Contest Sponsor’s Mentions tab. In addition, eligible entrants will need to become a “follower” of @YourMorning (the “Follower(s)”) in order to be notified that you are a potential Prize winner (if applicable) in accordance with the procedure outlined below. To become a Follower, an eligible entrant must: (i) visit www.twitter.com/YourMorning; or (ii) from their Twitter home page, click on the “Find People” tab and perform a search for “Your Morning”; and (iii) click on the "Follow" button corresponding to @YourMorning. Entrants may discontinue following @YourMorning after the completion of the notification, eligibility verification and Prize fulfillment procedures outlined in these Rules. Any Entry that does not follow the above format will be discarded and will not be eligible for entry in this Contest. Incorrect and/or incomplete Entries and Entries received outside the applicable Contest Period, and/or Entries that contain obscene, offensive, or any language communicating messages inconsistent with the positive images to which Contest Sponsor wishes to associate (all as determined by Contest Sponsor in its sole discretion) will be void. All Entries must comply with the Twitter Terms of Service and Twitter Rules available at www.twitter.com. By following @YourMorning and submitting your Entry you agree to these Rules. Use of any automated, script, macro, robotic or other program(s) to enter or otherwise participate in this Contest is prohibited and will automatically result in disqualification. All Entries are subject to verification. Limit of one (1) Entry per individual and per Twitter account. If it is discovered that you attempted to exceed this limitation, all of your Entries will be void. In the event of a dispute, Entries received on-line shall be deemed to be submitted by the “Authorized Account Holder” of the Twitter account submitted at the time of entry. “Authorized Account Holder” is defined as the person who is assigned to a Twitter account by www.twitter.com. An entrant/Follower may be required to provide proof of being the Authorized Account Holder of the Twitter account associated with the selected Entry. All Entries become the property of Contest Sponsor and will not be acknowledged or returned. Creating multiple Twitter accounts in order to exceed the limits on Entries permitted by these Rules may result in the disqualification of such Entries from such accounts.

Important note: If your Twitter account is set to “protected mode”, your Entry and/or responses may not be visible in Contest Sponsor’s inbox and may not thus be received by Contest Sponsor unless you previously consented to permit Contest Sponsor to see your Entry and/or responses. If you opt to use Twitter via your wireless mobile device (which may only be available via participating wireless carriers and is not required to enter the Contest), standard text messaging and/or data rates may apply for each message sent or received from your handset according to the terms and conditions of your services agreement with your wireless carrier. Other charges may apply (such as normal airtime and carrier charges) and may appear on your mobile phone bill or be deducted from your prepaid account balance. Wireless carriers' rate plans may vary, and you should contact your wireless carrier for more information on messaging rate plans and charges relating to your participation in this Contest. Participation in this Contest by mobile device means that you understand that you may receive additional messages by mobile device relating to this Contest, including notifying you if you are the potential Prize winner, which may be subject to charges pursuant to your carrier's rate plan. Text messaging may not be available from all mobile phone service carriers and handset models. Mobile device service may not be available in all areas. Check your phone’s capabilities for specific instructions.

5. PRIZES: There is one prize (the "Prize") available to be won, consisting of seven board games up to a total value of $217.93. ADDITIONAL RESTRICTIONS MAY APPLY. NO SUBSTITUTIONS.

6. Prizes must be accepted as awarded. Contest Sponsor reserves the right to substitute a Prize in whole or in part in the event that all or any component of the Prize is unavailable. Prize winner is solely responsible for all costs not expressly described herein. Prize winner acknowledges that upon awarding of the Prize, all obligations typically borne by the provider of services or goods become that provider’s responsibility.

7. DRAW: On December 20, 2021 at approximately 12:00 p.m. ET, a random draw for the Prizes will take place at Bell Media Inc., Toronto, Ontario from among all eligible Entries received during the Contest Period. The first drawn will be eligible to win a Prize. The odds of winning a Prize will depend on the number of eligible Entries received during the Contest Period. Bell Media Inc., acting reasonably, will attempt to contact each potential Prize winner to notify potential winner that they may have won a Prize by using the direct message or @Reply feature on Twitter for the user account that submitted the potentially winning Entry, within two (2) business days from the draw. Potential winner must respond within two (2) business days according to the instructions in the notification, or such potential winner will be disqualified.  It is each entrant’s responsibility to set their account settings to accept contacts by Contest Sponsor and to timely check their Twitter account for any such direct messages or @Replies. Proof of identification must be provided upon request.

9. By entering this Contest, the entrants and participants automatically agree to accept and abide by these Rules. All decisions of the Contest Sponsor with respect to any aspect of this Contest, including without limitation the eligibility of Entries, are final and binding on all entrants in all matters as they relate to this Contest.

10. All Entries become property of Contest Sponsor who assumes no responsibility for garbled, lost, late, delayed, destroyed or misdirected Entries, mail, voice messages, e-mail or any computer errors or malfunctions. The sole determinant of the time for the purposes of this Contest will be the Contest server machine(s) and related-time keeping systems of the Contest Sponsor. Broadcast delays may occur, including depending on the means used to listen to the radio (e.g. analog radio vs. online streaming). Contest Sponsor will not be held liable in any way for such delays. No correspondence will be entered into except with entrants requesting Rules by mail or requesting the names of the Prize winners (for which a self-addressed, postage paid envelope must be included). Contest Sponsor does not assume any responsibility for incorrect or inaccurate capture of entry information, technical malfunctions, human or technical error, seeding or printing errors, lost, delayed or garbled data or transmissions, omission, interruption, deletion, defect or failures of any telephone or computer line or network, computer equipment, software or any combination thereof. Entry materials or data that have been tampered with or altered are void. If for any reason, in the opinion of the Contest Sponsor, in its sole discretion, the Contest is not capable of running as originally planned, or if the administration, security, fairness, integrity or the proper conduct of the Contest is corrupted or adversely affected, including by reason of infection by computer virus, bugs, tampering, unauthorized intervention, fraud, technical failures or any other causes beyond its control, Contest Sponsor reserves its right to cancel, terminate, modify, amend, extend or suspend the Contest, and select a winner from previously received eligible Entries. Contest Sponsor reserves its right to modify the Rules without materially affecting the terms and conditions hereof. The Contest Sponsor reserves its right in its sole discretion to disqualify any individual it finds to be tampering with the entry process or the operation of the Contest or to be acting in violation of the Rules or otherwise in a disruptive manner. Any attempts to deliberately damage the Contest website or to undermine the legitimate operation of this Contest is a violation of criminal and civil laws and should such an attempt be made the Contest Sponsor reserves its right to seek remedies and damages to the fullest extent of the law. Contest Sponsor shall not be held responsible for any errors or negligence that may arise or occur in connection with the Contest including any damage to an entrant’s computer equipment, system, software or any combination thereof, as a result of their participation in this Contest or from downloading any material from the Contest website.

11. Contest is subject to all applicable federal, provincial and municipal laws and regulations. By entering this Contest each entrant consents to the collection, use and distribution of their personal information (information that identifies an entrant as an individual, such as home telephone number, age and home address) by the Contest Sponsor for the purposes of implementing, administering and fulfilling this Contest. Contest Sponsor will not sell or transmit this information to third parties except for the purposes of administering this Contest. By entering the Contest, entrants consent to the manner of collection, use and disclosure of personal information as set out in Bell Media Inc.'s Privacy Policy, which is available at https://www.bell.ca/Security_and_privacy/Commitment_to_privacy. Any inquiry concerning the personal information held by the Contest Sponsor should be addressed to Bell Media Inc. at 299 Queen Street West, Toronto, Ontario M5V 2Z5.

13. All intellectual property, including but not limited to trade-marks, trade-names, logos, designs, promotional materials, web pages, source codes, drawings, illustrations, slogans and representations are owned by the Contest Sponsor and/or its affiliates. All rights are reserved. Unauthorized copying or use of any copyrighted material or intellectual property without the express written consent of its owner is strictly prohibited.

Latest Segments From CTV Your Morning 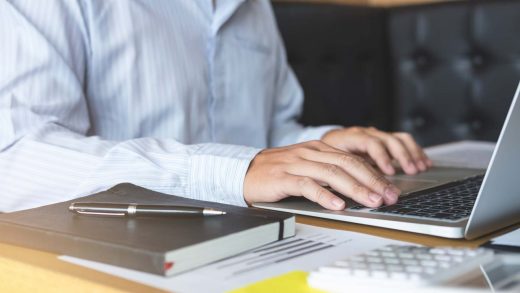 life How to make filing your taxes stress-free this year Sponsored by: 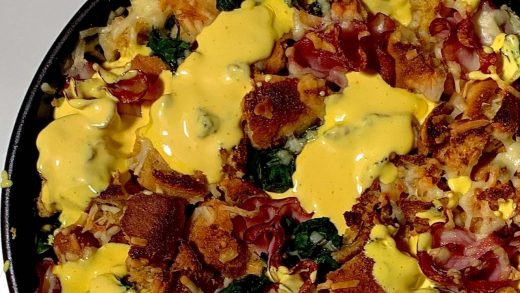 life This is the perfect brunch menu for Christmas morning 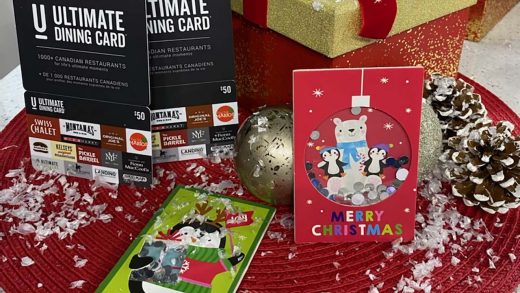