1. In a Stand Mixer with a dough hook add the  flour, yeast, and salt to the bow and slowly Stir to combine, then add the  water. Mix slowly until the dough comes together then let it rest for 10min then mix for on low for  10 min or until the dough forms a smooth  ball .Remove the dough and place into a bowl and cover tightly with plastic wrap, and set aside in a warm place until dough has roughly doubled in volume.

2. Drizzle a little olive oil  in the bottom of an 8- by 8-inch cake pans. Split the dough in half and Add the the dough to the pan and coat in oil. Press down on dough and spread it till it covers the bottom. If it doesn’t reach the edge that’s cool just Spread it as much as possible without tearing. then cover tightly in plastic and rest for an hour at room temp . Now the dough should be able to reach the edges . Once dough is stretched, cover again and set aside for 10 min

3. For the sauce purée or hand crush the tomatoes with the olive oil and season well.

4. To make the pizza Preheat the oven to 550F. Then Press down on the dough to remove any  bubbles. Add the with cheese first evenly all over the dough.  Then cover with 1/2 the sauce.

5. Add the pizza to the oven  and bake until edges are crisp and  cheese is bubbly and starting to brown, 12 to 15 minutes and remove to serve .

6. Pop it out of the tray and serve

1. Heat the olive oil, then add the onion, cooking for a few minutes or until translucent. Add the garlic afterward and cook for another minute or two.

2. Add the thyme/oregano and the tomatoes and bring to a boil. Skim off any froth and  stir. Lower the heat and simmer for about 30 minutes until slightly reduced. 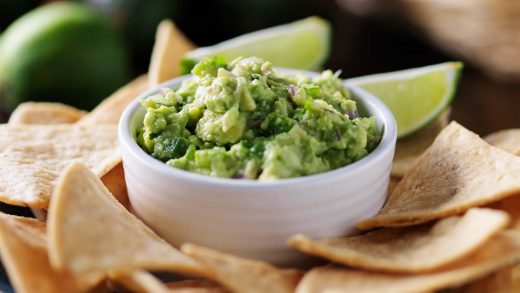 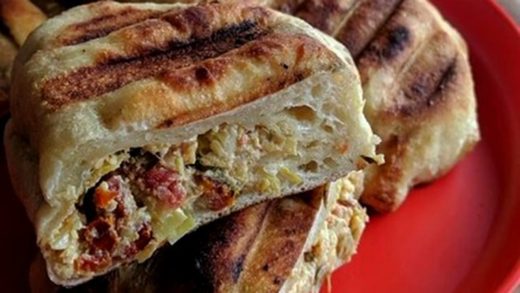 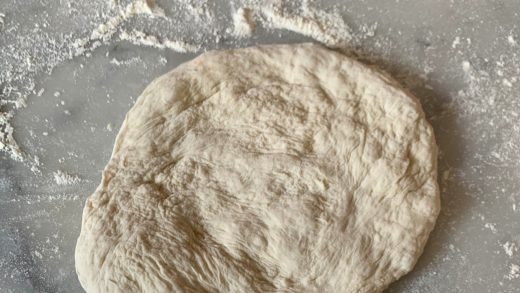 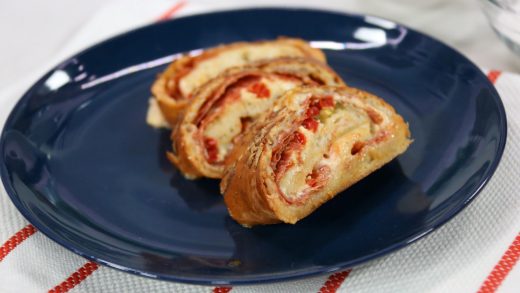 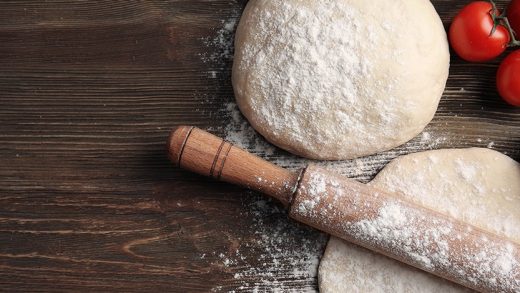 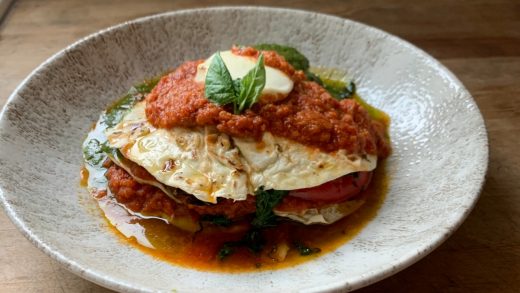